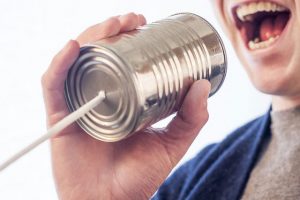 Do you become a dithering mess when faced with a social situation?

Does meeting new people make you want to slide silently behind the nearest pot plant?

For the socially challenged among us, good communication can seem like a magical power, unobtainable to mere mortals.

However, despite doing our best to replace human connection with digital interaction, communication remains our primary method of actually meeting fellow humans and judging our affinity towards them.

Research conducted by the Carnegie Institute of Technology shows that 85% of our financial success in life is directly attributable to “human engineering”, which includes our ability to communicate, negotiate and lead effectively*.

Therefore, no matter how educated, experienced or skilled we are, our chances of worldly success diminish significantly without effective communication skills.

So it makes sense to learn more about this dark and mysterious art.

“Electric communication will never be a substitute for the face of someone who with their soul encourages another person to be brave and true.” Charles Dickens

If you’re anxious, shy or simply struggle from natural introversion, the good news is that communication is a learned skill, like anything else.

And with hard work, effective communication skills will pay significant dividends, both in your professional and personal life.

Want to secure that promotion? Maybe you need to start rubbing shoulders with decision makers at work.

Want to meet a suitable match and one day have a family? You’ll have to learn to talk to someone you find attractive.

Expanding your network and meeting new people might seem like a scary proposition if you’re unskilled in the social arts, but the benefits of embracing the discomfort are manifold.

The truth is, even a small improvement in the way you connect with those around you can have a transformative impact on your life.

How to Communicate Effectively

To some people, connection and conversation come easily.

Good communicators, like puppet masters, can keep an audience rapt with hilarious stories and anecdotes.

They act almost subconsciously, their speech and behaviour finely tuned to the situation.

For those of us not so naturally equipped, however, it’s important to ask ourselves some preliminary questions.

Often awkward communicators might have to self-reflect, identifying specific mannerisms and behaviours before working on improvements.

So, re-evaluate some of your everyday interactions and ask yourself the following:

Answering these questions will mean becoming more conscious of your behaviour during everyday interactions.

This reflection will highlight areas of weaknesses to target with the following recommendations. 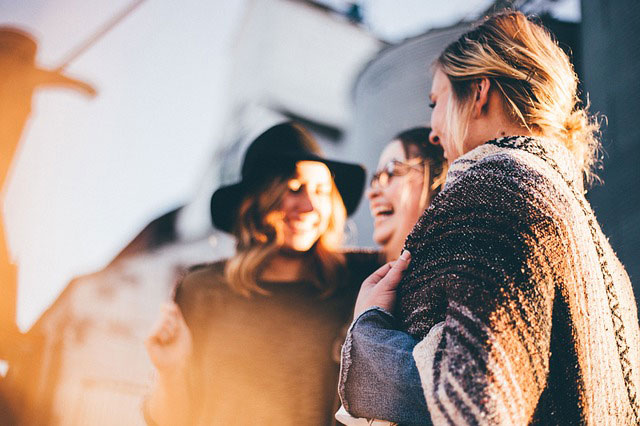 Enthusiasm can go a long way, even masking more minor conversational weaknesses. Being engaged in an interaction and giving your undivided attention seems obvious, but it’s surprising how overlooked it is. The energy you transmit to any interaction will not only be reciprocated but lead to a much more positive experience for both parties. It should, therefore, be your number one priority.

People tend to think about themselves more often than they’ll admit and take pleasure in sharing their opinions with those who take the time to listen. In a world where people are quick to spread their thoughts and feelings, non-judgmental listening is an essential skill to create empathy and rapport. Taking the time to ask open-ended questions can help us gain new perspectives, uncovering common ground and shared interests. In a media culture which tends to polarise its populations, displaying genuine curiosity for another individual forges a deeper understanding and generates compassion.

Humans are wired with what neuroscientists call mirror neurons. These are activated on a subconscious level during any interaction. On an evolutionary level, such subtle behavioural cues provided protection from external threats and allowed us to form trusting bonds in group cooperatives. From a neurochemical perspective, this type of mimicry can, therefore, go a long way. Without overexaggerating your behaviour, subtle manipulation of word choices, inflection and body language during a conversation can develop a deeper connection.

Everyone desires recognition. Therefore, showing approval for another person where it’s genuinely deserved can boost their self-confidence and motivation. If you can encourage positive self-reflection in others, you can create a virtuous, mutually beneficial cycle.

If you’re like most people during a conversation, you’re already planning what to say next or fiddling with your iPhone, rather than listening fully and letting the situation dictate the course of the conversation. Full, conscious awareness of another person is a powerful and engaging force and makes them feel like their message is fully received. Asking clarifying questions helps to stimulate an interactive exchange and demonstrates a natural curiosity to learn more.

Just as subconscious mimicry is an in-built subconscious mechanism, so too body language tells its own story. Whereas dropping our shoulders and slouching can signify discomfort and shyness, standing tall with our shoulders back and maintaining strong eye contact demonstrates confidence. Even if you feel that such postures don’t represent your true nature, research shows that such postural alterations actually cause the corresponding emotions to manifest. 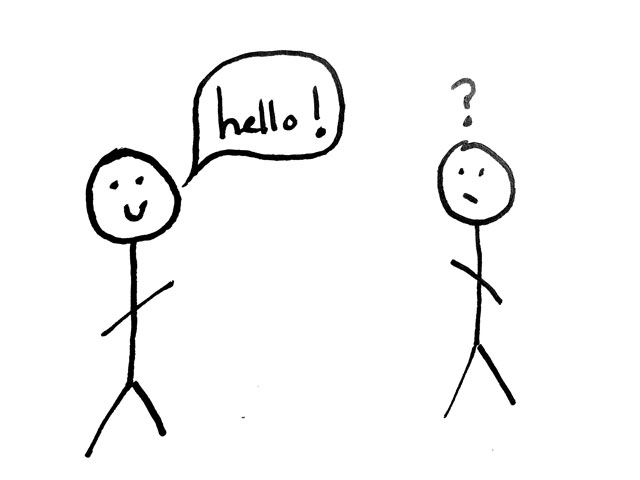 Trust can only develop when there’s a feeling of transparency between two people, and by sharing true stories that re-affirm another person’s worldview, you can form a deeper relationship. Furthermore, the stories needn’t position you in a positive light. Whereas we’d all like to appear invincible, some of the most positive interactions come from admitting mistakes and vulnerability, allowing us to connect over shared flaws.

Using vocabulary that promotes inclusivity draws participants into a conversation. Talking about “us, we and our” creates a common denominator in which others feel part of something bigger than themselves. On an evolutionary level, this creates feelings of acceptance, group safety and more frank exchanges.

Many species in the animal kingdom exhibit either threatening or welcoming behaviours. Humans display similar cues, perhaps the most noticeable of which is smiling. As a stimulus in a conversation, this often draws a smile response. Test this in the street on someone you don’t know, and you’ll often receive a smile in return. Exhibiting such behaviours will create an open, welcoming atmosphere, through which your conversation can flow.

Good communicators are often extremely likeable, and while at times it may be hard to identify why, going out of their way to help people is a common trait. In this way, small acts of altruism can be used to help you gain confidence as a communicator. Simply suggesting a new restaurant or providing a book recommendation goes a long way. On a psychological level, acts of kindness signify a helpful individual and therefore a valuable addition to any group hierarchy.

In the modern media maelstrom, we’re often surrounded by negativity. Whether that’s external, from the news, or self-generated, it can have a damaging impact on our self-confidence. Effective communicators naturally pick up on this and rather than amplifying the negative, they help those around them reframe their situation and focus on the positive. Simple words of encouragement allow people to overcome their inner critic and boost your value as an effective communicator.

Have you ever been with someone who infuses the group with pessimism or negativity? A conversation vacuum? It can be hard going. As social creatures, humans want to spend time in uplifting company. Entering a conversation with a positive, energetic mindset will raise the interaction to another level.

What’s the most powerful word in sales? Your own name. That’s right; we’re all little narcissists deep down, and being recognised by another person in name form is worldly validation, like music to our ears. Try not to come across like a used car salesman, however. What began life as a natural technique to build rapport has been contorted and overused by dastardly marketers so as to make it seem somewhat cliche. Used sparingly, however, name-calling can still be powerful.

Whereas it’s nice to meet people, it’s even better to turn those superficial connections into deeper friendships, which can only happen by investing more time in the relationship. Too often we meet people we get along with and for fear of rejection, don’t take the next step. So, if you like someone, rather than being strange and asking them outright to be your friend, suggest heading for a crafty ale or cheeky vino. 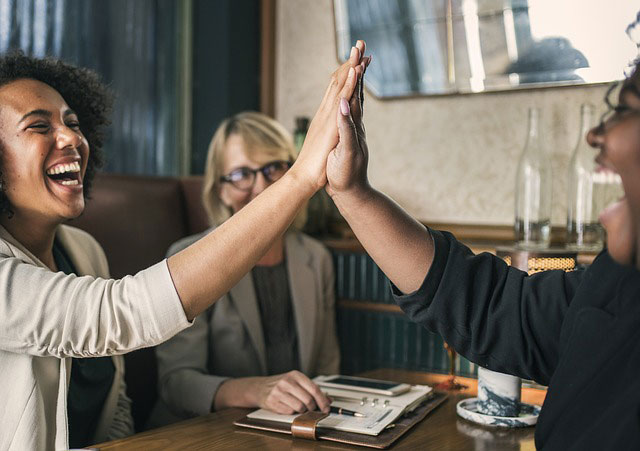 These communication skills may seem hard to learn, especially if you lack confidence in the social arena.

That’s why it pays off to observe skilled communicators and the effortless way in which they use their skills.

Rather than overegging it, they adopt these methods subconsciously, allowing any interaction to flow naturally.

These techniques might seem uncomfortable at first, but with continued practice, they’ll begin to feel familiar.

But don’t try to use them all at once. Rather, pick the techniques that resonate with you on a personal level and create a tight feedback loop to gauge your results.

“Communication leads to community, that is, to understanding, intimacy and mutual valuing.” Rollo May

While the sunk cost fallacy approach for poor communicators is to remain behind the keyboard in a safe, virtual world, it denies the very essence of our nature as social animals.

After all, life expands in direct proportion to the people you meet.

And more than the opportunities these connections can create, the relationships themselves are what matter most.

Communication really is at the heart of being human.