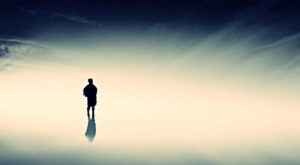 So, you’re sick of the clutter in your life and want to purge.

To become unencumbered by modern entrapments like mortgages, wardrobes and underpants…

Free to travel the world out of a 1.62-litre backpack with a pair of moisture wicking socks that double as emergency toilet paper.

Well, let’s take a look at this strange new cult and some tips to get you going.

Oh, but wait. What the heck is minimalism anyway?

Minimalism is a conscious lifestyle movement which involves living with less. It’s about decluttering both materially and psychologically to focus on the essentials that let you live the good life.

Don’t concern yourself with crap you don’t need.

While this may seem like an irritating millennial fad (which it is), and a distinctly first world problem (which it is), the baby shouldn’t necessarily be thrown out with the bathwater.

Even though the movement and its proponents can be overwhelmingly nausea-inducing, at its core, minimalism is merely a way to simplify. To remove the unnecessary and trim the fat, so to speak.

The fact is, in our capitalist society, trends are often driven by consumer behaviour.

Changing the way we interact with the economy on a personal level is the first step in shifting the collective will and promoting a better allocation of resources.

There is a definite precedent for the minimalist movement engulfing our Instagram feeds.

From an evolutionary perspective, we’ve been programmed to gather and hoard, which is a pretty solid technique when you’re developing as a species and survival is the main priority.

After all, when life is hard and competition for resources is high, we needed the incentive to gather food and store it for as long as possible to keep us alive.

However, while we still possess the brain of our cavemen ancestors circa 200,000 years ago, contemporary society now looks rather different, at least in the western world.

We have access to an over-abundance of resources. Want tortilla dip? You’re in luck my friend. There are 23 different flavours to choose from. Fancy a new duvet? Select between 1200 different thread counts.

And although from a hardware perspective, our brains are still wired to hunt and gather and hedge against future survival, the excess of resources mean that competition’s no longer such a problem…

Especially when you can just head the fridge and deposit a hunk of cheese straight in your face. Hmmm…cheese.

But is this still the most efficient way to live in our relatively newfound capacity as conscious beings?

After all, the lifestyle that we’ve become so familiar with is somewhat unsustainable.

From planned obsoletism to a throwaway culture, what was once our biological mechanism for improving our odds of survival has gone into hyperdrive, from a necessity to a luxury.

But is it a luxury with a dark side? 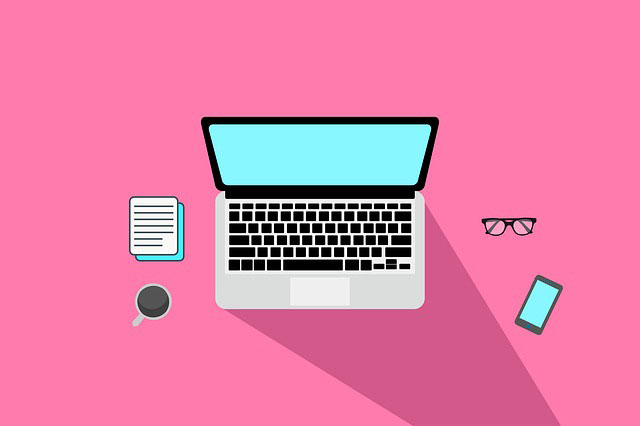 The truth is, many of us are attracted to minimalism because we’re psychologically overwhelmed.

Over the course of our lives, we’ve been societally and commercially indoctrinated to believe that we need more to be happy.

Consumerist culture flourishes on this assumption, driving the capitalist machine ever forward.

Sprinting on this hedonic treadmill, however, postpones our present happiness for the promise of future reward, that only ever seems to become more distant.

We frequently objectify the material world, striving for trophies, status and achievement.

But could this mindset be the very cause of so much suffering?

After all, religion and philosophy have long espoused the beauty of the simple life.

Where practices like mindfulness teach us the art of acceptance and equanimity, TV culture frequently promotes the pain of not having enough…

A cheap marketing ploy to tap into our atavistic fear for survival.

However, in a counterintuitive twist, by refocusing on less, we can place more energy on what we do have, and derive more pleasure from it.

In a sense, minimalism is borne from people becoming more conscious of their own minds, behaviour and lifestyle.

Who Is Minimalism for?

For some, minimalism might be synonymous with economic or environmental concerns.

However, it needn’t be so altruistic and can really be utilised for its inherent lifestyle advantages.

It’s really for anyone who feels dissociated from the clutter in their lives and has the urge to simplify.

That’s not to say you have to donate all your possessions, cancel every subscription and live in a tipi, however, as my personal experience with the philosophy demonstrates…

My Experiment With the Simple Life

My own minimalism experiment began semi-organically and was reasonably aligned with my inbuilt character traits as opposed to a forcible lifestyle change.

Growing up, I’d always been taught the value of caring for your possessions, avoiding unnecessary purchases and steering clear of debt.

And while some people might perceive my tastes as extravagant, by western comparison, I feel I live a reasonably simple life.

When your friends make fun of you for wearing the same shirt repeatedly for years, you know you’re on the right track.

My natural tendency towards simplicity was also enhanced by travelling.

Having spent significant time abroad, living and working, I’d always been disinclined to buy too much, in the knowledge that I’d have to either ship it back home or get rid of it when I continued the trip.

Travelling for extended periods also taught me how little you need to actually live. When you can leave home for a year or more and survive on the contents of a backpack, it opens your mind to a new kind of philosophy.

You become aware of the liberation of owning less. No longer do you have to worry about defending your possessions and protecting ‘what’s yours’.

The extra energy this unleashes is intoxicating and fueled my desire to live with less when I returned home.

Okay…so with that out of that way, let’s see how you can join the owning less crap club. 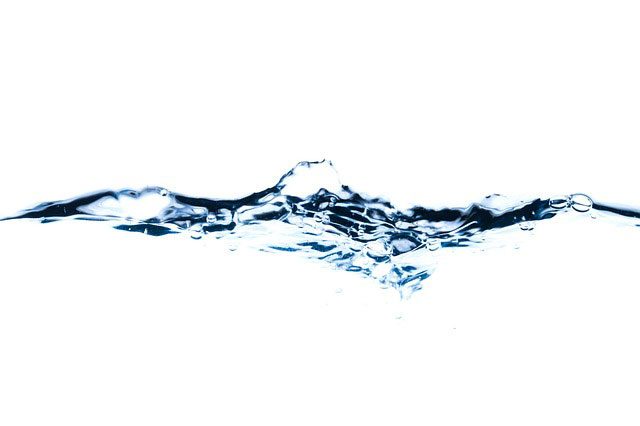 How to Become a Minimalist

Firstly, it’s necessary to reduce in the input (buying new stuff) before you focus on the output (getting rid of current stuff).

This process starts with observation.

If you bring more philosophical and situational awareness to your upcoming purchasing decisions, you’ll be far better placed to reject the next new, shiny ‘thing’.

Couple this with the knowledge that if you do pull the credit card trigger, the purchase will only provide an ephemeral buzz before your life returns to its normal baseline.

In this realisation there’s power.

Where most people continue through life, unquestioning of their hoarding behaviour, you’ll have woken up to the fact that rather than owning a new possession, it may well end up owning you.

When you’ve stopped bringing new crap into your life, you can focus on purging the current junk. Most of us have closets full of items we rarely (or never) use.

If you’ve got decent stuff, list it on eBay or the like and recoup some of your initial outlay.

If it won’t sell, take a bag, fill said bag and head down to your local charity shop to donate it.

This may be difficult at first but will become progressively more enjoyable as you free up space in your immediate environment. You can even make it a game to see how much you can get rid of.

Okay now…erm…repeat steps one and two until you only have essential items remaining.

Congratulations compadre. You’re now officially a minimalist, whatever the hell that really means.

So, it’s easy to consider our clutter in the physical realm only, but with the emergence of technology, we now have email boxes overflowing with digital gunge and online subscriptions coming out of our ears.

If you really want to feel warm and fuzzy inside, take the cleaver to these phantom shackles and cut the digital cord from any unnecessary monthly purchases.

Not only will you reclaim the money that magically disappears from your account each month, but you’ll also buy back your attention, which is perhaps even more valuable to some of these companies.

Okay, but won’t this make me tight and boring?

Well, I’m glad you asked, because there could be an assumption that frugalism and minimalism go hand-in-hand.

And in some respects they do. I’m sure my frugal nature helps me pare down my possessions.

I really can’t understand the desire to buy multiple status symbols that society has awarded imaginary value, but often possess no intrinsic worth.

Not only do these objects lose their lustre extremely quickly, but deplete your financial resources, which can be allocated far more efficiently to either compounding investments like low-cost index funds or buying back perhaps our most valuable asset of all…time.

With that said, frugalism is by no means a pre-requisite for minimalism.

When you’re not wasting your money on subscriptions and buying needless things, the money that you save can be put towards fewer, better possessions.

This has a few nice effects.

Not only do you get to invest in the things you really want, without making financial compromises, but you also get quality items that last longer and make you feel better for owning them.

Instead of spreading your resources over a greater area, you concentrate them on making purchases that will genuinely contribute to your life.

Whether that’s investing in the latest computer to improve your efficiency at work or spending experiential money on travelling, the emotional return on these investments is far greater.

After cutting the excess from your life, my main minimalist tip would be to judge your potential possessions by their utilitarian value.

With clothes, this might mean opting for colours that can be paired easily in various combinations and choosing layers which work in a range of weather conditions.

When shopping for certain items, it might involve going for the most economical size, especially if you’re travelling and need to pack small.

With technology, think about how you can get more out of less. Do you need a computer and a tablet or can you make do with just one and utilise your mobile phone more effectively?

Think about how technology could replace some of your physical possessions. Although I much prefer the tactile sensation of reading real books, I’ve bitten the bullet and often choose eBooks instead.

I did love my library, but this one simple change has saved a huge amount of space, with the added benefits of being able to walk around with a huge library in my pocket and access my collection of highlights and notes.

Neuroscience shows that it’s the anticipation of future rewards that’s more satisfying than their eventual acquisition and that finally getting what we thought we wanted simply sparks another round of desire.

Left unchecked, this can result in an endless spiral of consumption, leaving us feeling no happier than before.

To break the sequence, it’s important to redefine our relationship with our possessions.

It takes self-enquiry to understand our impulse for wanting more. Is it because we’re discontent in the present and stave off discomfort by chasing a future reward?

When we recognise such impulses, we can finally begin to study them and ultimately, manipulate them to our advantage.

It’s a strange quirk that by owning less, we can actually become more fulfilled.

So go forth and minimise.