The 5 Best Books on Charisma 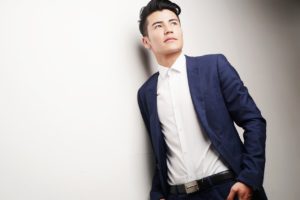 A charismatic person is typically defined as someone who possesses a compelling attractiveness or endearing charm which inspires and captivates those around them.

It’s considered to be an essential characteristic when it comes to effective leadership, meaningful relationships or navigating social relationships in general.

The question which inevitably arises is whether charisma can be attained or if it is innate, and the long-standing belief has traditionally been that the former is true.

There are those, however, who have challenged this assumption. They assert that being charismatic is not a matter of nature as much as it is of nurture. That is, anyone can be charismatic as long as they purposefully acquire a set of particular cognitions and behaviours.

The following books not only support this theory, but they provide practical guidance and actionable advice on how to attain charisma and forge meaningful connections with anyone you interact with.

1. The Charisma Myth: How to Engage, Influence and Motivate People by Olivia Fox Cabane

What distinguishes this book is its practicality. Instead of being a lengthy and contemplative essay on abstract concepts and subjective insights, the author has provided guidance which is supported by extensive empirical evidence. The core premise of this book is that we can only become charismatic when we have achieved an internal state which is balanced and assured, without any conflicts or uncertainties.

The author states that the way we perceive ourselves will be reflected in the way in which we are perceived by others, and by regulating how we think about ourselves we can essentially influence how others think about us as well. She then goes on to describe the importance of body language in conveying charisma, because it is a universal form of communication which transcends traditional boundaries such as verbal language, background and personality.

Perhaps the most interesting assertion is that charisma is not an elusive gift which is possessed by a few, but a set of acquired cognitions and behaviours which can be learned and implemented. One critique of this book could be that it ‘instructs’ people on how to ‘appear’ charismatic to other people, rather than actually ‘becoming’ charismatic from within.

2. How to Win Friends and Influence People by Dale Carnegie

Published more than eighty years ago, the enduring appeal of this book by Dale Carnegie is a testament to the inspirational and captivating message it contains. Dale Carnegie’s thoughtful writings are interspersed with the occasional anecdote and personal experience, and his own charisma is certainly reflected in his flowing narrative style. At the heart of this book is the assertion that the secret to attaining personal and professional success is the way in which we navigate our interpersonal relationships.

The author offers practical guidance which can be implemented in order to develop powerful interpersonal skills such as strong communication, attentive listening, as well as kindness and empathy. In essence, this book can be described as a manual on emotional intelligence. For example, the author explains how to gently criticise people without humiliating them, how to relate to others in terms of their interests rather than your own, and how to verbally acknowledge their strengths and attributes.

It should be noted, however, that this book reads more as a guide on how to establish professional business relationships rather than genuine and meaningful friendships.

3. Captivate: The Science of Succeeding with People by Vanessa Van Edwards

Interpersonal relationships are integral to navigating the social realm, and this book by Vanessa Van Edwards is presented as a comprehensive manual on how to truly connect and engage with people. What really differentiates this book is the way in which it is organised, it is divided into a series of chapters which breakdown different social interactions and the methods which we can implement to address them effectively.

Whilst the narrative tone is casual and friendly, the author still conveys her ideas eloquently and succinctly. She provides guidance on how we can begin and sustain conversations in various settings, as well as how to effectively respond to a range of behavioural, verbal and emotional cues from the people we interact with. The techniques are actionable and relatively straightforward to follow, and any assertions are supplemented with an abundance of personal and professional anecdotes.

It is definitely worthwhile to note, however, that if you have read previously on this subject then this book may come across as repetitive and generalised.

4. The Like Switch: An Ex-FBI Agent’s Guide to Influencing, Attracting, and Winning People Over by Jack Schafer

As implied by the title, this book is written by a former FBI Special Agent who was involved in the recruitment of spies. Throughout the course of his career, he became adept at analysing behaviour and navigating social interactions, and offers a series of helpful suggestions and practical tips in his book. He elaborates in detail on the decisive influence of non-verbal cues, and how even subtle adjustments in facial expression and body language can completely transform the dynamic of an interaction.

For example, gestures such as careful eye contact, a tilted head and mirroring the movements and positioning of whoever we are communicating with are integral to cultivating meaningful and subsisting relationships. There is no doubt that the lens of the author’s past profession provides him with some intriguing insights which are unique to him, and he offers various anecdotes from his time with the FBI.

This book may not be as enlightening for readers who want a more scientific angle or advanced perspective, considering it covers the essentials of social interactions.

5. How to Have Confidence and Power in Dealing with People by Les Giblin

Considering that this book was published more than six decades ago, it continues to be as relevant as the day it was first written. First and foremost, the author explains that there are several fundamental principles to human behaviour, and by understanding these principles we can navigate any social interaction. What’s more, the author provides a useful summary at the end of each chapter, which briefly goes through the main points and key observations in the preceding section.

The writing is more practical than it is reflective, and the author focuses on instructing the reader on what they should and should not do. The advice in this book can be applied to virtually any situation, and it is essentially a manual on how to communicate and connect with people, and how to inspire and motivate them when they’re in your presence.

Perhaps one critique of this book would be that it makes frequent reference to religious anecdotes, which might be a barrier to non-Christian and non-religious readers.

Everyone is in the pursuit of personal development and self-growth, in some form or the other.  There are a plethora of self-help books which proclaim themselves to contain everything we need to know about attaining success, whether it is within ourselves, in our relationships, or in our academic and professional careers. Considering the amount of choice there is, it can be difficult to determine which books will actually provide insightful guidance and those which won’t.

With the books on charisma we have described above, however, you can be assured that they will offer everything you need to know about navigating the social realm, overcoming personal boundaries, and becoming the best version of yourself.

Check out our other best books and recommended reads.

© Bloomsoup. All rights reserved. The material on this site may not be reproduced, distributed, transmitted, cached or otherwise used, except as expressly permitted in writing by Bloomsoup. As an Amazon Associate I earn from qualifying purchases - i.e. when you click on a recommendation and buy it on Amazon, I receive a small commission (at no extra cost to you) to keep me caffeinated and creating splendid content on your behalf.