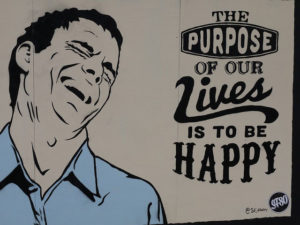 Let me tell you something…

Your inner child is pissed with you.

Why? Because you broke your promise…

The one you made with yourself to become a dolphin trainer. Or aardvark scientist.

The inner kid that told you someday, you’d be paid to watch as many sci-fi films as you like and write artsy reviews of them.

Instead, you’re living quite the different life, aren’t you?

Livin’ in the ‘burbs. Commuting to a neon-lighted cubicle with all the other suckers.

Swearing under your breath at the photocopier because you don’t want your colleagues to think you have anger issues.

It’s a white-knuckle ride a day.

But would your inner child be happy with the life you’ve created? The Cockiness of Youth

When we were kids, we were cocky little rascals.

Some romanticise about the exuberance of children.

As a non-parent, I’m allowed to say it. Jimmy’s annoying.

But for all his cockiness, he’s a big dreamer.

If Jimmy wants to study Ligers in the Amazon, that’s exactly what he’ll do dammit.

If Jimmy wants to construct a submarine out of marshmallows, he just needs to figure out the buoyancy thing.

And if Jimmy wants to design a functioning lightsaber, public safety be damned. But slowly, the sands shift.

Jimmy’s elders, who’ve already been slapped with the wet fish of life, intervene. And put doubts in his mind….

“But who’d want to buy your lightsaber, Jimmy? First, you have to check there’s enough demand.”

Maybe there aren’t enough lightsaber-wielding Jedis to make this a viable business, he thinks.

Then an antiquated education system weighs in, funnelling him down the safe route towards steady, tedious, eye-gouging employment.

Selling Your Dream Down the River The decisions you make after abandoning the lightsaber business are often made in haste, on a whim.

Because you’re too young to know what you want to do with your life.

You simply need money to spend on fun before frittering the rest away.

But there comes a point when reality kicks in.

When you realise you’re not living the life you’d envisioned back in your “exuberant” days.

It often happens around 30, the tipping point of life.

A window of glinting opportunity where you can either go back to dreamin’ big or continue as on your current path.

The red or blue pill.

Right about now, there are possibly some sceptics among you. Maybe even a few trolls.

“This idiot’s going to tell me to quit my job, live in a tipi and pen a novel using organic squid ink.”

If you’re serious about putting purpose back into your life, there are certain steps to follow.

And abandoning ship isn’t one of them. While you’re entitled to become another moustache-twiddling hipster working on your startup, having a passive-aggressive conversation with your boss and quitting in haste may be ill-advised.

There are plenty of ways to pursue your ambition on the side, with the security of a full time job.

Far too often, you give up on your dreams because the end goal of being rich and famous seems so unachievable.

In a society where your self-worth is so heavily influenced by money and social validation, it’s easy to lose your direction.

To experience tension between the expectation of living an outwardly successful life and pursuing a path of inner fulfilment.

To feel bereft of passion and life purpose.

By re-awakening your inner child and exploring your creative potential with curiosity, you can infuse your monotonous day job with life.

The catharsis of picking a hobby pure of intention and free from potential reward allows you to rediscover what you want from life.

The most important currency here is how you feel about the activity you choose to pursue.

Set yourself the goal of reliving your childhood dreams for personal reward rather than income.

That’s why I set up this blog, so I can liberate my muse from its sweaty little dungeon. So if you routinely want to punch your office photocopier in the face, release your creative juices.

Or, if you’re a true altruist…

Try helping people for free…by teaching them a skill you’re passionate about.

Eventually, if you pick up momentum and people become interested in your project, you can transition to the paid work later.

But it shouldn’t be your first aim.

Pursuing your childhood passions in a sustainable way, while looking to help or entertain people is a sure fire way to make you happy.

Plus, if more people actually adhered to this sparkling advice, perhaps by now a functioning lightsaber would have been invented.

Anyhoo, I’ll leave you with this Douglas Adams quote…

“This planet has – or rather had – a problem, which was this: most of the people living on it were unhappy for pretty much of the time. Many solutions were suggested for this problem, but most of these were largely concerned with the movement of small green pieces of paper, which was odd because on the whole it wasn’t the small green pieces of paper that were unhappy.”

Seeing as much of the world is still in lockdown, I want to spread my digital wings and connect with like minds online. If you enjoy the topics I write about, pop your contact details below so I can extend a virtual hello :)