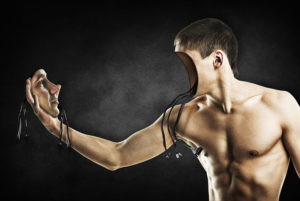 So you’re worried about the march of the robots?

An impending Terminator-style judgement day set to steal our future.

If sci-fi movies are anything to go by, it’s simply a matter of time. Mass unemployment, income inequality, riots and trailer parks.

Perhaps it’s a bit different from the utopia you imagined future technology might provide.

But is it really necessary to worry, or are we heaping too much hyperbole on the thought pile?

First we had the iron and textiles, then steam power, before further refinements to manufacturing and finally, the rise of the digital machine in the 80’s that now consumes our contemporary lives.

The fourth revolution looks set to build on this foundation, with advancements in robotics, AI, machine learning, biotechnology and the Internet of Things.

The fact is, algorithms have become a ubiquitous, yet often invisible part of our lives.

From the data strings that Google create to serve you this very article to the predicting the rate of climate change, it’s an inescapable fact that machine learning plays an increasingly prevalent role in human existence.

And while the software continues to improve, it’s with the integration of hardware that we really get a glimpse of an Orwellian future.

Just check out the video from Boston Dynamics of one of their latest, disturbingly lifelike attempts at creating a humanoid robot.

So what’s the effect of all of this mechanical tinkering?

Well, taken to its darkest conclusion, one might assume that in the short term, many jobs are at risk and in the long-term, the whole socioeconomic structure we currently know looks a little shaky.

But are we right to be concerned? Well, let’s look at the rumblings on the ground…

As a farmer’s son, I know that my grandparents used to employ working farm hands to help them with the harvest.

With the huge array of heavy machinery now available, however, the farming landscape has changed drastically in one generation, allowing vast agri-businesses to operate with a minimal workforce.

And while seasonal labour remains essential for many tasks, with difficulties filling the available jobs, technology companies are working on smaller, more efficient robots to further reduce the human footprint in the food production process.

The automotive industry is likely where we’ll see some of this futurism talk becoming reality, although to be honest, it’s kinda already here.

When this technology is refined, the race will be on to automate as much of the logistical goods chain as possible.

In passenger transport, it’s the same story, with self-driving trains already operating in parts of London, much to the chagrin of the tube workers.

Autonomous drones are already being used by the military, and it’s no great leap to imagine them increasingly wanting to utilise AI.

Thankfully, many leading researchers have signed a petition to keep such autonomous, terminator-esque capabilities out of reach for now, but when other superpowers with less oversight start to explore these options, will it simply magnify the digital arms race?

Healthcare is a huge industry, ripe for AI automation.

Not only has IBM created data-driven insights for businesses in a range of different verticals, but one of its projects is named Watson Health, an artificial doctor helping researchers and healthcare professionals with patient care.

Then there’s Babylon, a company which has created an AI mass market doctor, able to outperform human participants in the General Practitioner diagnostic exam.

Not convinced by these examples?

Check out this awesome video, aptly titled ‘Humans Need Not Apply’ (and try not to get too depressed):

So, if everything looks so bleak, why on Earth are we supporting the transition?

Well, it really comes down to our old prehistoric brains.

When we were wandering around on the Savannah, survival was pretty high on the old importance scale.

So to ensure we didn’t prematurely shuffle off the mortal coil, a dopamine reward loop was installed in our brain to make the thought of eating, drinking and having sexy time pretty damn desirable.

The other was to use the same loop to encourage us to save energy whenever possible.

And herein lies the rub. While our brains haven’t changed all that much in the last a lot of years, the modern landscape is unrecognisable.

We can now get scented toilet paper delivered to our doorstep for Pete’s sake.

I mean, what seems more appealing to you at the moment – lacing up your running shoes, or stuffing your face with crisps and watching Netflix?

The fact is, savvy marketers have learned how to intricately exploit our prehistoric brains for the maximum economic return, boiling down to one simple concept…

As humans, we’re still willing to trade all manner of freedom for easy returns, as evinced by Amazon’s newfound global domination.

Technology has given us an unimaginable level of control over our environment, allowing us to mould it to our will…

A will which is often only concerned with satisfying prehistoric cravings and caring for basic human needs.

But if you’re not convinced about just how far we’ll go to defend our right to convenience, just look at the recent scandals.

If you have any doubt about the conscious ignorance humans will display in exchange for convenience, just look at the recent data scandals and how the economy of human behaviour is now trading information on the open market.

Not only has data harvesting helped to manipulate the human herd into altering its economic and political leanings, but it’s also enabled the collection of information necessary to program the ever-more complex bots to that may eventually render us obsolete.

And while the companies in question have been reprimanded, there’s no doubt that a large majority of the human population will continue to turn a blind eye so long as they can continue watching their cat videos.

So, What’s the Solution?

Seeing as much of the world is still in lockdown, I want to spread my digital wings and connect with like minds online. If you enjoy the topics I write about, pop your contact details below so I can extend a virtual hello :)