The Ayahuasca Ceremony: A Trippy Experience in the Ecuadorian Jungle 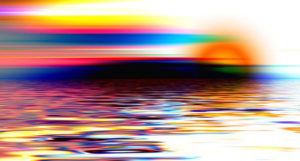 As I swigged the acid, gut burning liquor, stars danced before my eyes.

I prepared myself to be stripped, robbed and tied to a tree in the Ecuadorian jungle…

But instead, the wizened Shaman smiled, crooked teeth and piercing eyes.

He pointed at a wooden bowl containing a brown concoction, the reason for my pilgrimage.

It was time for my ayahuasca ceremony and the trip of a lifetime.

I’d been zigzagging aimlessly across Ecuador on the way to Colombia.

But then a chance encounter with a local in Baños changed my plans completely.

He asked if I’d ever tried ayahuasca, and recommended a shaman who’d be willing to perform a private ceremony.

Showing a journalist trying the vine, before vomiting into a bucket…

Despite such warnings, I wanted to try it.

Even if I did vomit over myself and lose control of my bowels (as the rumours of ayahuasca suggested), at least it would be an entertaining story.

The only problem? The shaman lived four hours away in the jungle.

Despite trying to convince my new travelling buddies that hiking into an unknown corner of the Ecuadorian jungle to take a hallucinogenic drug was a good idea, they weren’t convinced.

I was by myself, an exploratory Marco Polo.

Only the next day, I hurtled down a bumpy road on a bus that seemed to have many important parts missing for safe operation.

I was excited, buoyed by my foolishness.

Part of the fun of getting old involves being reckless and giggling when your future children ask what you were like when you were young.

Arriving at our destination, I found a small cluster of houses beyond which rivers snaked away into heavy jungle.

It was early afternoon and my clothes dripped with sweat in the stifling heat.

Monkeys swarmed around me, curious to investigate a foreigner.

Unsure how to find my shaman, I waited as the midday sun gave way to early evening and soft light filtered through the foliage.

I observed the inhabitants of the provincial outpost.

A local man interrupted my reverie and beckoned me to the outskirts of the village, where I was greeted by a tiny old man with a contagious smile. 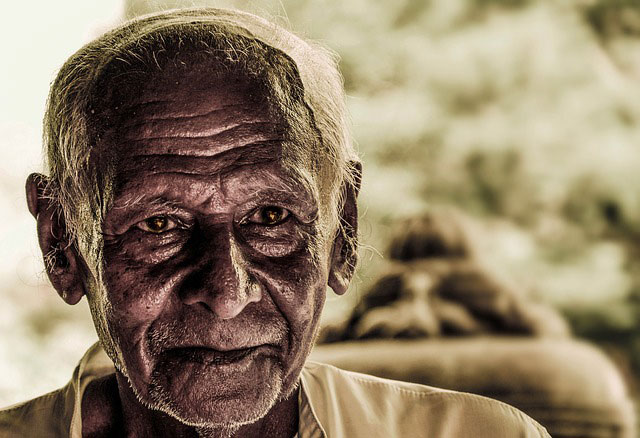 The symbol of my pilgrimage was a little over five feet tall, wearing a stained white shirt, flannel trousers and sandals.

When I’d requested a Shaman, I assumed he would come dressed for the part, wielding a peacock crown and ceremonial stick.

He was blind in one eye though, which added a degree of mystique.

The shaman invited me into his wooden house, perched precariously on stilts.

A small partition separated the room into a living space and sleeping quarters, and I noticed three heads poking around the wall eyeing me curiously.

His wife was ill, he told me, and would be participating in the ayahuasca ceremony to assist her recovery.

While the trio pretended to rest, it was clear they wanted to observe the strange Westerner.

The old man began telling me about the impending ritual, testing my tenuous grip of Spanish.

As he talked, the last rays of light slowly faded into heavy dusk while mosquitos feasted greedily on my skin.

Finally, the time of reckoning had arrived. 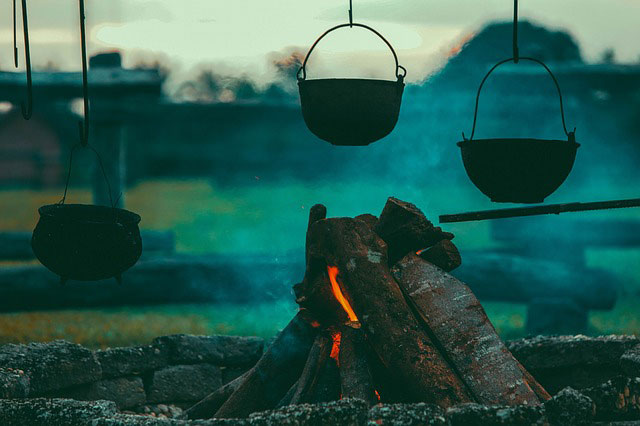 After instructing me to take moonshine shots, the shaman handed me a bowl of brown sludge containing the ayahuasca.

The boiled jungle vine had an unpleasant earthy flavour, which didn’t improve as I alternated between shots of liquor.

The rounds continued until the shaman’s silhouette stood ghostly over me, in his hand a menacing assortment of tree branches.

Beginning a series of chants, the shaman struck me gently on the shoulders and head with the foliage.

His voice rose and fell in the inky darkness, the yokels sending me into a trance.

The shaman lit a cigarette, taking intermittent drags as his continued the spirit cleansing.

By now I felt twitchy and struggled to sit still, shots of electricity flowing through my limbs.

The old man blew the contents of his smoke-filled lungs in my face.

Normally I would have been unsure how to react, but by now everything was so surreal that I merely giggled abruptly.

Unable to separate reality from my racing thoughts, I looked down to see patterns flowing all over my hands.

I didn’t think things could get weirder until they did.

The shaman spat, on the top of my head, oblivious to his witchcraft.

I now knew why South American tribes used ayahuasca to elevate their consciousness.

Time slowed, while the old man continued his ritual…

Poking me with sticks, and reminding me to keep up with my gruelling regimen of moonshine shots.

I felt like I was riding an almighty roller coaster, as waves of euphoria hit and swelled within me.

Then came the visions… 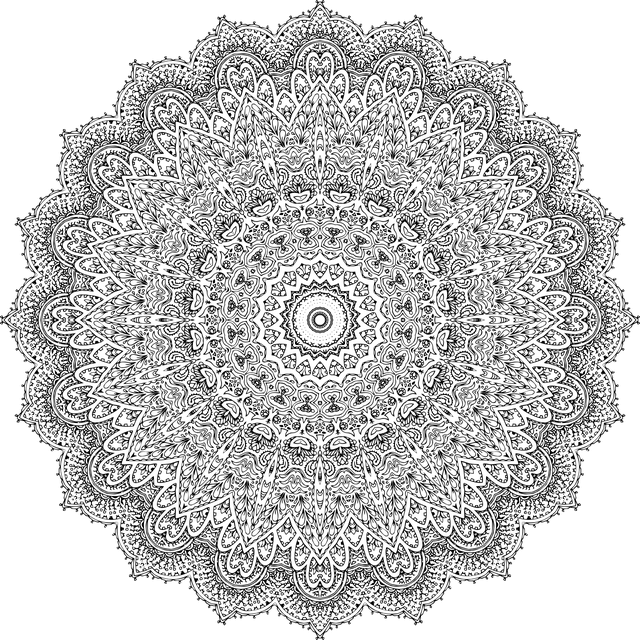 They say that during an ayahuasca ceremony you can identify with a creature in the animal kingdom.

I’d always fancied myself as a lion, or better still gorilla.

Instead, a swarm of bats burst through the door and circled the room.

I felt like Bruce Wayne stuck in a well.

Mesmerised, I followed their path with wide-eyed excitement.

Fortunately, the old man couldn’t see my near maniacal stare in the darkness.

I lost track of time, alternating between periods of acute hyperawareness and reverie. 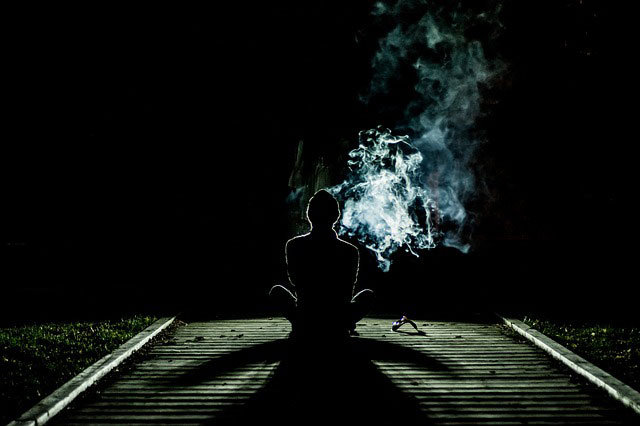 When I regained perspective, I sensed the old man sitting quietly next to me.

He announced that he was going to bed and pointing to the floor, indicated that I should sleep when tired.

It was pitch black in the hut so I decided to stroll around the village, by now deserted.

Navigating by moonlight, I wandered along the dirt track.

Shadows twisted into serpentine shapes, while the trees contorted around me.

Dogs with unusually large mouths barked at my passing and terrified, I retreated back to the sanctuary of the hut.

As I lay down, energy coursed through my body and I rolled around the floor excitedly.

Bats continued circling, as well as darker creatures which emerged, phantom-like, from my subconscious.

I awoke alone in the shack to find the husky light of dawn welcoming me back to reality.

I was surprised to feel completely normal, the only after effect of my experience a little fatigue.

Outside the shaman was drinking tea and staring contentedly into the distance.

He flashed me a toothless grin, and after a brief exchange, we said farewell.

I walked up the small jungle track to find a bus back to civilisation.

When I turned back, the old shaman was watching me.

I thought it funny that we’d shared such a strange and unforgettable night, but that I’d likely never see him again.

On the bus, I reflected on my experience.

In the West, drugs are perceived as evil, society corrupting substances…

Yet in the jungles of South America, Ayahuasca is viewed differently.

It holds a spiritual significance, allowing communities to communicate with one other and commune with nature.

The medicinal properties of ayahuasca are believed to cleanse it’s users physically and psychologically.

As I reentered society, I felt a deep-seated peace.

For once all restlessness had been shaken out of me, and I was happy at that moment to be bouncing along in that little bus through Ecuador.

The ayahuasca ceremony had plugged into nature, and I emerged feeling truly alive.

Maybe that was the secret of the old man’s toothless grin.

Home » Blog » Lifestyle » The Ayahuasca Ceremony: A Trippy Experience in the Ecuadorian Jungle